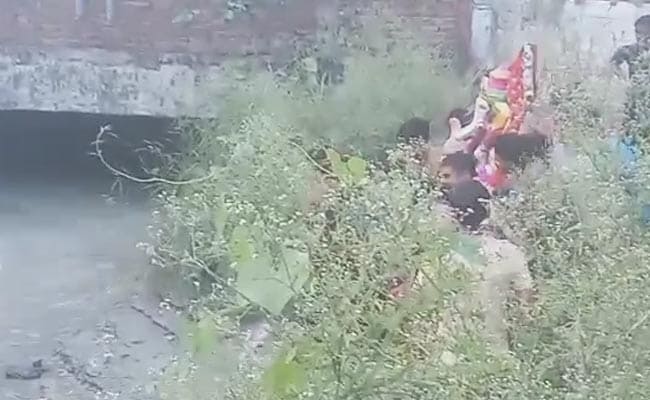 Seven people have drowned during the Ganesh idols’ immersion ceremony in Haryana on Friday, said police.

Three deaths were reported from Sonipat, while four persons drowned in Mahendragarh.

Ganesh Chaturthi, the 10-day long festival which began on August 31, ended today with the visarjan ceremony. The idols of Lord Ganesh are taken to nearby water bodies and immersed. Devotees take the idols for immersion in grand processions.

At Sonipat’s Mimarpur ghat, a man who had gone for idol immersion with his son and nephew drowned. The bodies have been sent for post-mortem and an investigation is underway, said police.

At Mahendragarh, about nine persons who went to immerse the idol of Ganesha on the canal near village Jhagadoli located on Kanina-Rewari road were washed away with the strong current of water.

Eight people were pulled out of the canal late in the night. Out of these, four died.

“The news of untimely death of many people due to drowning in the canal during Ganpati immersion in Mahendragarh and Sonipat districts is heart-wrenching,” said Chief Minister ML Khattar.

“We all stand with the families of the deceased in this difficult time. NDRF team has saved many people from drowning, I pray for their speedy recovery,” Mr Khattar added.

The pandemic-induced restrictions had curtailed the celebration in the last two years. Free from those restrictions, the festival was celebrated with great gusto this year.