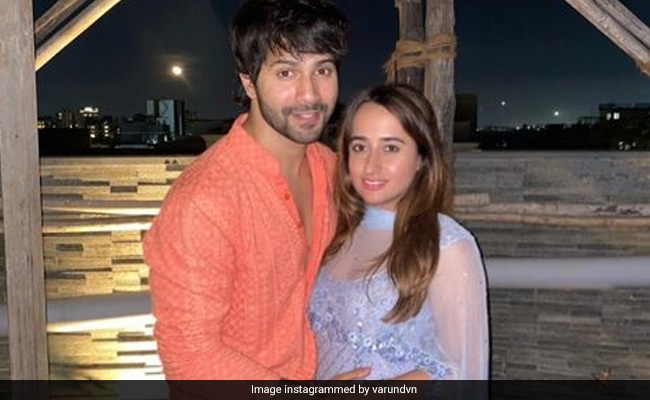 Varun Dhawan and Anil Kapoor were at their candid best in the new episode of Koffee With Karan 7. No episode is complete without conversations about the celebs’ relationships and so it happened on the new one too. When Karan Johar asked  Varun Dhawan about his marriage, he said, “You pretty much married your “college sweetheart.” Varun was quick to correct KJo and said, “School sweetheart.” Speaking about wife Natasha Dalal, Varun Dhawan said, “I think it has been amazing. She is the best thing that’s happened to me in my life. She is the balancing factor of my life. And she doesn’t ask for much. She doesn’t demand much. She just wants my time. She is just amazing.”

Karan Johar then directed the question to Anil Kapoor and asked him: “AK, married for so many years. Is this the kind of response you have as well to successful marriage for many decades?” Anil Kapoor replied: “No, this is one of the lessons I’ve taught him. You have to praise your wife and do things that make her happy. It is also important to consider how she makes you happy. This is all scripted.”

When KJo added, “Is that a game that you play?” Anil Kapoor said, “This is the game. Why do you think Jugjugg Jeeyo we could all identify with. You will see the real me in the film.”

KJo then pointed out: “The real you in the film was cheating on your wife.” To this, Anil Kapoor said, “Can’t hear you.” Karan Johar then asked, “What is your theory on infidelity in a marriage?” The veteran actor’s reply was: “No, I don’t believe in that. You know, we’re very sincere, very honest. You know completely.” He added, “I don’t endorse it.”

When Varun Dhawan was asked, “Do you endorse it?” He said, “Not at all. Not at all.” Asked if “sexual infidelity is a deal breaker” for him, Varun replied, “100 percent. It is a deal breaker for my wife and my dog. I don’t think he will be happy about it. If I cheat on my wife, my dog will bark and let her know. So I will not go there.”

Varun Dhawan and Natasha Dalal, who had been dating for several years, went to school together. The couple got married in an intimate ceremony in January, last year.

Anil Kapoor and Sunita Kapoor got married in 1984. The couple first met on the sets of Meri Jung. Their daughter Sonam Kapoor is a Bollywood actress. Their middle child Rhea is a film producer and runs an apparel brand Rheson with sister Sonam. The couple’s son Harshvardhan Kapoor is also a Bollywood actor.