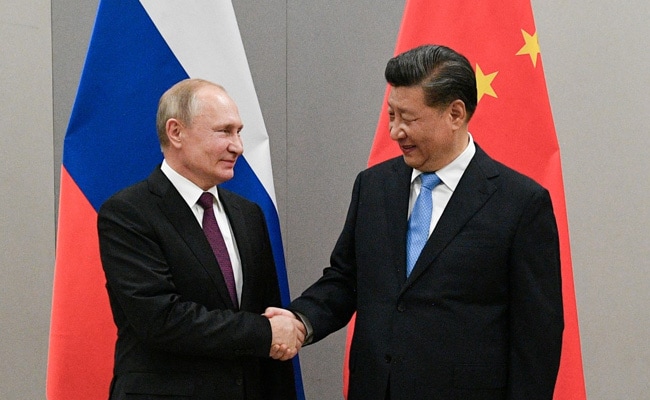 Chinese President Xi Jinping told his Russian counterpart Vladimir Putin on Thursday that Beijing was willing to work with Moscow as “great powers” during his first trip overseas since the early days of the pandemic.

“China is willing to make efforts with Russia to assume the role of great powers, and play a guiding role to inject stability and positive energy into a world rocked by social turmoil,” Xi told Putin during a leaders’ summit of the Shanghai Cooperation Organisation (SCO) in Samarkand, Uzbekistan.

The SCO is made up of China, Russia, India, Pakistan and four Central Asian countries — Kazakhstan, Kyrgyzstan, Uzbekistan and Tajikistan.

“Recently, we have been overcoming the impact of the Covid-19 pandemic, spoken many times via phone, and kept up effective strategic communications,” Xi told Putin.

“We are extremely willing to use this meeting of the Shanghai Cooperation Organisation to exchange views with you on international and regional issues of common concern,” he said.

Xi arrived in Uzbekistan on Wednesday and has held talks with President Shavkat Mirziyoyev on “deepening bilateral cooperation” and “regional and international issues of shared interest”.

The visit came on the heels of a trip to Kazakhstan, where Xi vowed full support for a country spooked by Russia’s invasion of neighbouring Ukraine.