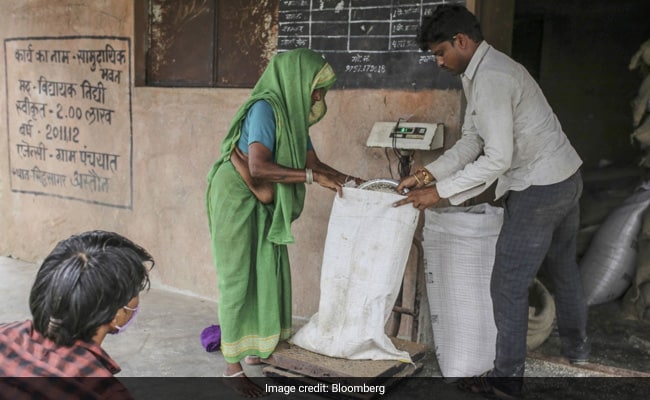 The proposal comes ahead of India’s festive season beginning October

India will likely extend by three months its free food grains program that covers the majority of the nation’s population and costs more than $18 billion annually, according to people familiar with the matter.

The government may continue to provide free rice or wheat to about 800 million people until December as the food ministry has sought an extension, the people said, asking not to be identified as the information is private. The dole was set to expire at end-September.

The push from the food ministry to extend the dole comes despite reservations from the nation’s finance ministry, Bloomberg reported previously. The finance ministry, which wasn’t in favor of extending the program, has suggested reducing the amount of grains offered due to fiscal pressures and tight supplies globally, the people said. A final call is expected soon, they added.

The program, which started since April 2020 to help feed the poor during a harsh Covid-19 lockdown, allows 5 kilograms of food grains per person every month. Since then, the cumulative cost of the dole has risen to about $44 billion, putting a strain on government’s finances.

Spokespeople for the food and finance ministries declined to comment.

The proposal comes ahead of India’s festive season beginning October that is key to driving economic activity and coincides with elections later this year in major provinces such as Gujarat — the home state of Prime Minister Narendra Modi — as well as Himachal Pradesh.

While the food program is very popular, it increases the need for an abundant supply of cheap grains. This year, India has had to restrict exports of wheat and rice after erratic weather hurt harvest, adding to pressure on food prices, and rattling global agricultural markets.