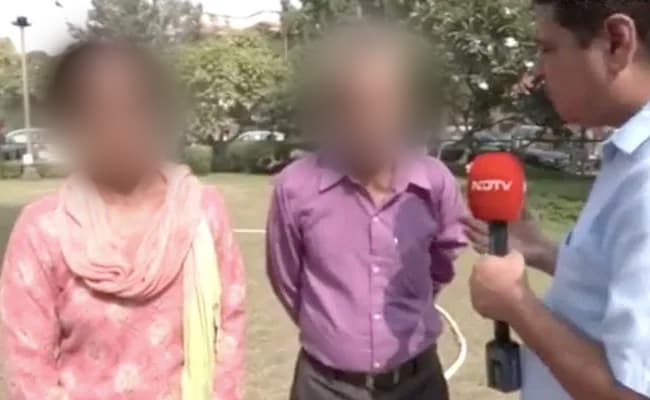 The family members of a 19-year-old woman who was gang-raped and murdered by three men in 2012 have requested the Delhi Police to provide security, saying they have been threatened after the Supreme Court yesterday ordered the men to be released.

The three, Ravi Kumar, Rahul and Vinod, were held guilty and sentenced to death by the trial court in 2014. The Delhi High Court upheld the death sentence, likening the men to “predators” trawling the streets “hunting for prey”. Yesterday, the Supreme Court said the prosecution “failed to prove their case” against the men and gave them “the benefit of the doubt”.

In their request to the Delhi Police, the family alleged the three men threatened to kill them inside the courtroom.

Delhi Police sources said they will take a call on providing security based on a threat assessment, which they are currently doing.

The police are also preparing to file a review with the Supreme Court.

A large number of people showed up at the family’s home today to show support.

The order by a Supreme Court bench led by then Chief Justice UU Lalit said the prosecution failed to prove the charges against the three men “beyond reasonable doubt” and the court acted like a “passive umpire” while convicting them.

The identity of the accused was not established by the prosecution, the Supreme Court said, pointing to what it called “glaring lapses” in the trial. Of 49 witnesses, 10 were not cross-examined in the trial, the court pointed out.

“Courts should strictly decide cases on merits in accordance with law. Courts should not be influenced by any kind of outside moral pressures or otherwise,” the Supreme Court said. Justice Ravindra Bhat and Justice Bela M Trivedi were the two other judges on the bench.

The incident took place months before the gang-rape and killing of a 23-year-old student by five men on a moving bus in Delhi, which triggered nationwide protests, worldwide outrage and sweeping changes to the laws on sexual crimes.

In February 2012, the young woman’s mutilated and burnt body was found in a field in Haryana’s Rewari district, days after she was kidnapped. Severe wounds suggested that she was hit with car tools and earthen pots.

It was revealed during investigations that acid was poured in the woman’s eyes and a bottle of liquor was inserted in her private parts.

The three challenged the Delhi High Court ruling in Supreme Court, asking that their sentence be reduced. In the Supreme Court, the Delhi Police had opposed reducing the death sentence. They had said the crime was committed not only against the victim, but also against society.