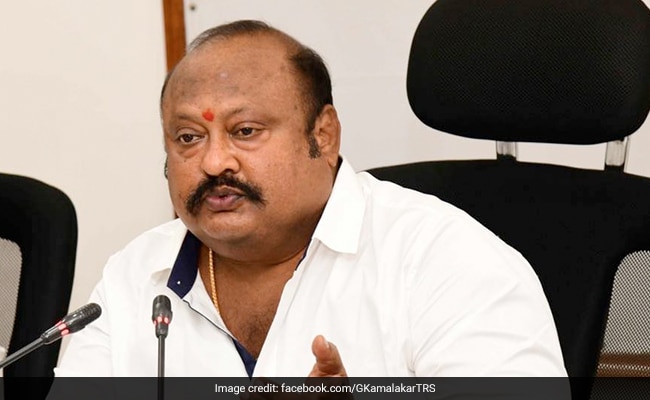 The properties linked to a Telangana Rashtra Samithi minister are being searched by the Enforcement Directorate in an illegal mining and money laundering case, sources have said.

The minister, Gangula Kamalakar, is in Dubai with his family, sources said.

Mr Kamalakar is the Minister for Backward Classes Welfare, Food and Civil Supplies, and is an MLA from Karimnagar constituency.

The Enforcement Directorate, or ED, action against the minister is likely to escalate the fight between the BJP and the Telangana Rashtra Samithi, or TRS, government led by Chief Minister K Chandrashekar Rao, also known as KCR, who, like other Chief Ministers in non-BJP states, has alleged the Narendra Modi government of misusing central agencies to harass them.

KCR’s party and the BJP are also at war over allegations that the ruling party in the centre tried to bribe four TRS MLAs to switch sides.

The BJP has denied the allegation and called for a probe by an “independent agency” like the Central Bureau of Investigation or a court-monitored special investigation team.

The Telangana High Court, after hearing the BJP’s request, allowed the state police to look into the allegations by KCR’s party.