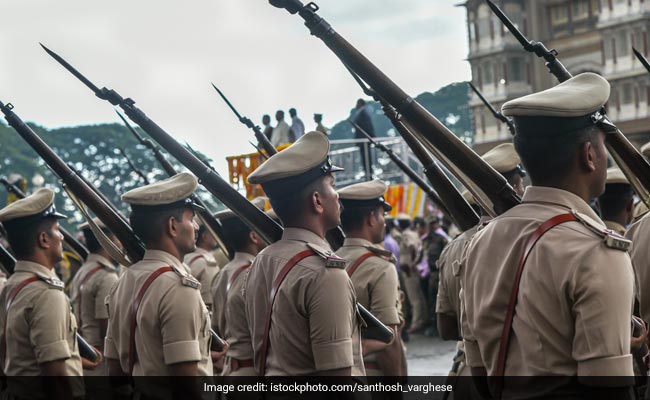 The Enforcement Directorate (ED) today carried out search operations at 11 locations in Bengaluru and Patiala under the provisions of the Prevention of Money Laundering Act (PMLA) as part of the ongoing investigations into the Police Sub-Inspector (PSI) recruitment scam in Karnataka.

The premises searched included the residence of Amrit Paul, former Additional Director General of Police (ADGP), Karnataka, who was arrested earlier, and other government officials and individuals.

Mr Paul is Karnataka’s second-highest police official to be arrested in connection with the recruitment scam.

ED said in a statement: “Searches conducted led to discovery and seizure of various incriminating records and electronic gadgets.”

The Karnataka Police Recruitment Cell had conducted examinations to fill up 545 vacant posts of sub-inspectors in 2021. Once results were out, allegations of cheating and other malpractices surfaced, which led the state government to order an investigation.

Multiple FIRs were registered against various candidates, middlemen and police officials who were allegedly involved in the scam. The probe was later handed over to the Criminal Investigation Department (CID).

CID conducted searches at various locations in Bengaluru, before Mr Paul and around 100 others were arrested.

Investigation revealed that there was tampering of the Optical Mark Recognition, or OMR, sheets while they were kept in the strong room of the Recruitment Cell at the CID headquarters in Bengaluru.

Police officials in charge of the strong room had reportedly switched off the CCTV camera, as two armed constables entered the room and tampered with the OMR sheets.

Police further said that some police officials had collected money from several candidates in order to facilitate their selection.

Based on the complaints, ED registered a case under PMLA and launched an investigation.