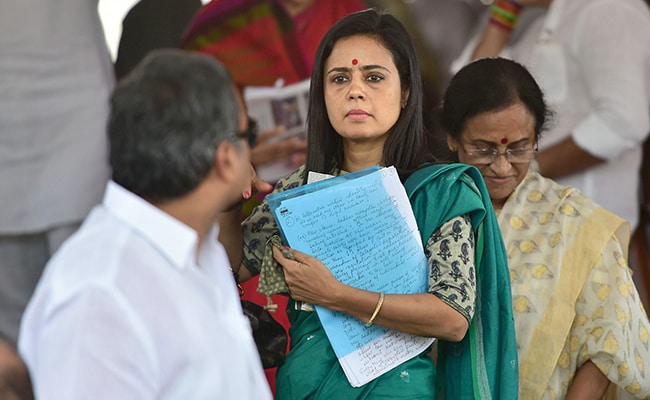 Trinamool MP Mahua Moitra is among those who’ve gone to court against release of Bilkis Bano convicts.

The 11 men, sentenced to life in jail, were released on August 15 by the state government — with approval of the Centre — “on account of good behaviour” after serving 15 years.

Ms Moitra, Lok Sabha member from Mamata Banerjee’s Trinamool Congress, is among petitioners in the Supreme Court seeking reversal of the decision.

This is the Gujarat Model. Hate & Kill. Then Fete & Reward.

BJP MLA Chandrasinh Raulji, earlier with the Congress, was part of the panel that decided to release the convicts who spent 15 years in jail. A former state minister, he is a six-time MLA from Godhra, the town that was at the centre of the 2002 riots during which Bilkis Bano was gangraped and nine members of her family, including her three-year-old daughter, were killed by the 11 men.

He had defended those men’s release in an interview to online news outlet Mojo Story : “They were Brahmins, and Brahmins are known to have good sanskar (cultural values). It might have been someone’s ill-intention to corner and punish them.”

The comments led to outrage and condemnation by several Opposition parties. “BJP now terms rapists as ‘Men of Good Sanskar’. This is the lowest a party can ever stoop!” Y Satish Reddy, social media convener of Telangana’s ruling TRS, had said.

“They are Brahmins, Men of Good Sanskaar. Their conduct in jail was good”: BJP MLA #CKRaulji

BJP now terms rapists as ‘Men of Good Sanskar’. This is the lowest a party can ever stoop! 🙏 @KTRTRS@pbhushan1pic.twitter.com/iuOZ9JTbhh

The Gujarat government’s statement in court later revealed that the Centre ignored multiple objections — including those by the magistrate who convicted them — while fast-tracking the release. The convicts had also been getting regular parole, for hundreds of days, when they were serving the sentence.

Chandrasinh Raulji won on the BJP ticket last time after shifting from the Congress in August 2017, just ahead of the elections. He’d won as a Congress candidate in 2007 and 2012. After switching to the BJP, he defeated the Congress but with a meagre margin of 258 votes.