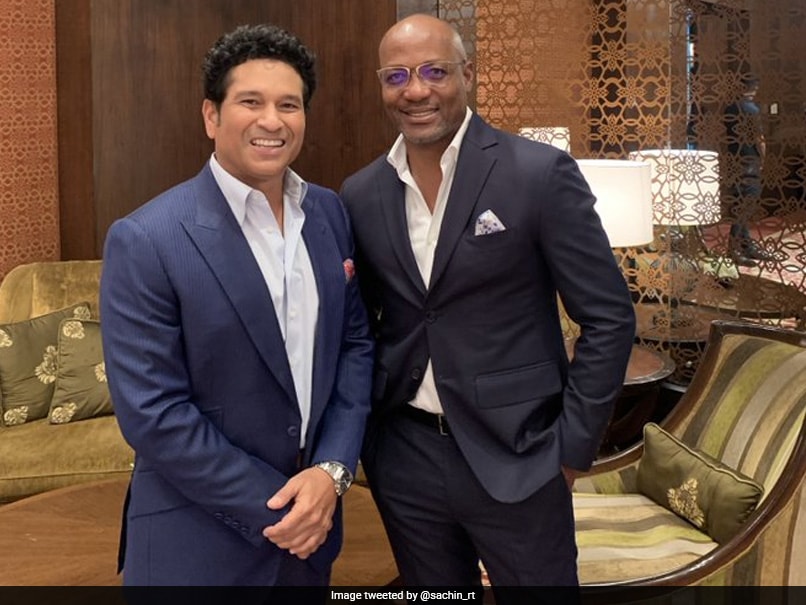 Sachin Tendulkar and Brian Lara, two of the biggest cricket icons of the modern-day game, share a special bond with each other. Despite being deemed as rivals by many, both Tendulkar and Lara always had a mutual respect for each other, during their playing days. On Saturday, Tendulkar shared a picture alongside Lara, with a caption saying: “Some friendships are timeless!”. In the photo, both Tendulkar and Lara can be seen donning suits, probably for an event, with a smile on their faces.

Some friendships are timeless! pic.twitter.com/w106fIkUtW

Both Tendulkar and Lara recently featured in the second edition of the Road Safety World Series, which was won by the India Legends, under the leadership of the ‘Master Blaster’.

He also has the most the most number of centuries in ODIs (49) and Test cricket (51).

After retiring from the sport, the 49-year-old has been associated with Mumbai Indians as a mentor.

Lara, on the other hand, holds the record for the highest individual Test score – an unbeaten 400 against England in Antigua in 2004.

Lara is currently serving as the head coach of the Indian Premier League franchise SunRisers Hyderabad.