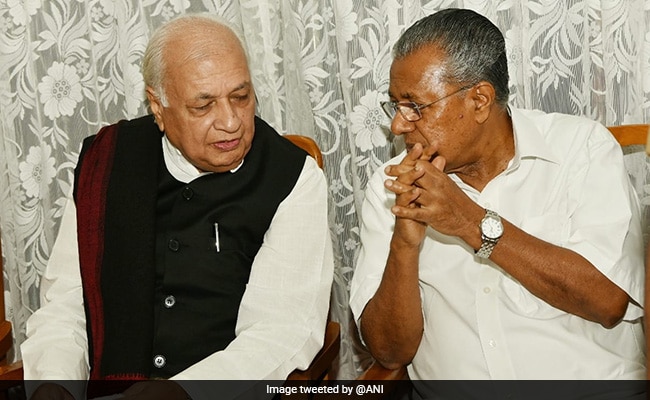 The court order is a setback for the Pinarayi Vijayan government. File

The Kerala High Court today cancelled the state government’s appointment of a vice-chancellor at a state university — a huge setback for Chief Minister Pinarayi Vijayan amid his government’s ongoing spat with Governor Arif Mohammad Khan over the functioning of universities.

The high court struck down the appointment of Dr Riji John as vice-chancellor of Kerala University of Fisheries and Ocean Studies. The court termed the appointment illegal, saying that guidelines laid down by the University Grants Commission (UGC) were violated in the process. The UGC is a statutory body under the Education Ministry that oversees the functioning of higher education institutions across the country.

The court directed the Chancellor of universities, a post currently held by Governor Khan, to appoint a new vice-chancellor in line with UGC guidelines. The move comes after the Governor last month asked vice-chancellors of nine universities, including Dr John, to step down, flagging alleged violation of UGC norms in their appointments.

The Governor’s move came after a Supreme Court order cancelled the appointment of the vice-chancellor of APJ Abdul Kalam Technological University in Kerala.

The court said that as per UGC rules, a search committee constituted by the state government should recommend three names to the Governor for the university top post. In the case of APJ Abdul Kalam Technological University, however, only one name was recommended.

Soon after, Governor Khan directed vice-chancellors of nine state universities to step down. This triggered a face-off between the state government and the Governor over the functioning of universities in Kerala.

Earlier this month, the state cabinet voted to bring in an ordinance or special order to remove the Governor as Chancellor of universities.

Rajeeve, Kerala law minister, then said they were not trying to curtail the powers of the Governor. “We have no powers to curtail powers of Governor. it is a constitutional authority, whose functions are well explained in the Constitution. What we have done is we have adopted an ordinance on appointment of chancellor. That is the prerogative, legislative competency of state legislature. We feel the Chancellor should be an eminent person from the education field.”

Responding to the cabinet’s move, Governor Khan said if the ordinance was sent to Raj Bhavan, he would refer it to the President.

“If I am the target, then I shall not be the judge in my own cause. I won’t declare it now. I will see it and if I come to the conclusion that the purpose is to target me, then I shall not sit in judgement (over it). I shall refer (to the President),” he said.