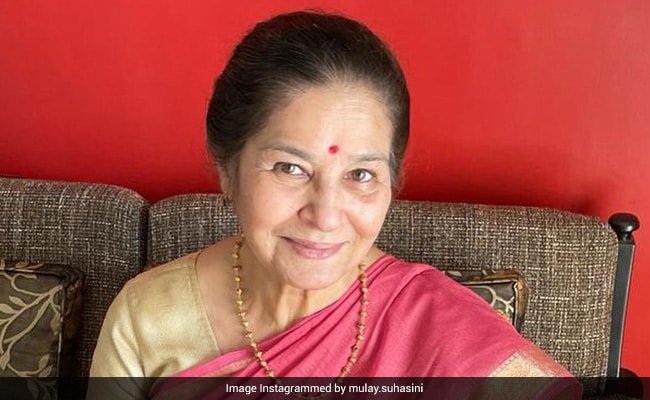 Actor Suhasini Mulay has offered to stand guarantee for the house arrest of activist Gautam Navlakha, who is in jail since April 2020 in a case of having alleged links with Maoist.

The Supreme Court last week allowed Mr Navlakha, 70, who claims to be suffering from multiple ailments, to be put under house arrest for a month.

But he hasn’t been released yet, as the special court of the National Investigation Agency, or NIA, hasn’t passed the release order citing security concerns for Mr Navlakha.

Ms Mulay came to the NIA court today and offered to stand guarantee for Mr Navlakha’s house arrest. She said she has known Mr Navlakha for 30 years and they used to live in the same city, Delhi. Known as “surety”, it makes a legal commitment that a person who is going to be released from jail will appear before the court whenever told to do so.

The Supreme Court had told the authorities to release Mr Navlakha within 48 hours. But the release had been delayed as the formalities haven’t been completed.

The lawyers for the investigators told the NIA court that the house where Mr Navlakha would be kept is unsafe.

However, the jailed activist’s lawyers said the investigators are using delaying tactics.

“Since there is strong objection on the part of the prosecution (NIA) for keeping the accused on the premises on account of safety and security, it would not be proper to keep the accused under house arrest,” the NIA court judge said in his order, news agency PTI reported.

The court said it would not be appropriate to shift Mr Navlakha to house arrest as the prosecution has said it would file a report in the Supreme Court after evaluating the property where he would stay.

The investigators said the house chosen by Navlakha was not a “safe place” as it had three entry points and exits, and no CCTV camera are installed in the rear of the building. They said the installation of CCTV cameras at the entry and exit points was one the conditions set by the Supreme Court.

The NIA said the building’s ownership was in the name of a “secretary of Communist Party” who has been its manager for 25 to 30 years.

There is a public library on the ground floor, and it will be “very difficult to keep vigil on the accused”, the NIA said.

The NIA court adjourned the matter to November 25.

Mr Navlakha was arrested after alleged inflammatory speeches were made at the Elgar Parishad conclave held in Pune in December 2017, which the police claimed triggered violence the next day near the Koregaon-Bhima war memorial.

According to the Pune Police, people linked to Maoist groups had organised the programme. Over a dozen activists and academicians have been named as accused.

“Do I Fall At Your Feet And Beg?”: Mamata Banerjee’s Jibe At PM Over GST