As Sudheer manoeuvres his way through his spice plantation, showing rows of tall cinnamon trees, sturdy cardamom shrubs, vines of the famous Karimunda pepper of Kerala and neat rows of the AllSpice tree, one can spot a lacerating whitish green fungus that seems to have consumed all trees like a pestilence. The thicket, lack of sunshine and long rainy season appear to be the reason behind the humongous growth of this lichen which gives the tree trunks a sickly appearance.

“It’s not a disease”, explains Sudheer, who is a well-known planter and spice exporter at Kumily. “This lichen is used in cooking locally and adds to the taste of the food”, he explains. This edible lichen (a type of fungus) grows on trees, rocks and stones. 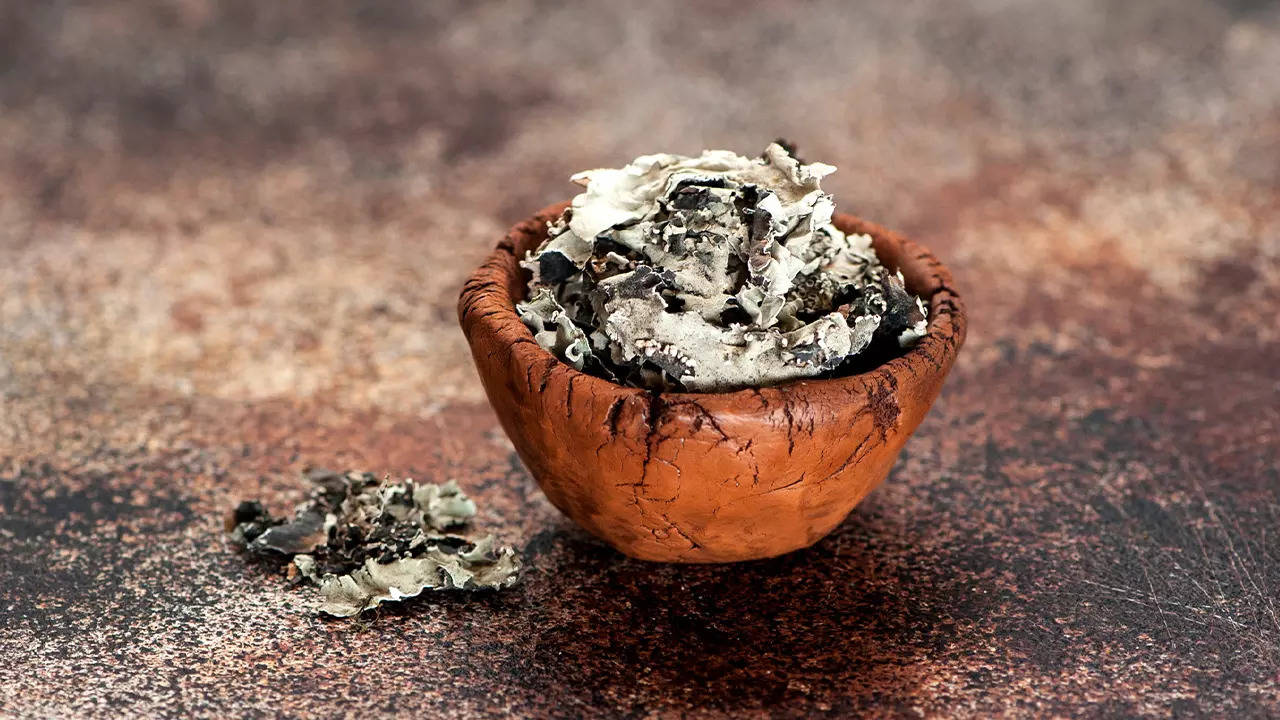 Sniffing at this spice will hardly help you fathom its aroma. It emanates a faint mossy, damp smell-which can be figured out only with a sharp nose. It almost has a flat taste. So why add it to food then? The answer is, the lichen reacts with heat and produces an aroma when mixed with hot oil or ghee in particular. It imparts a distinct, smoky, woody and earthy aroma to food and hence it is often used as a tempering agent like asafetida. A spice with healing properties

While modern science is yet to awaken to the benefits of this unusual spice, Dagad Phool has been traditionally used to reduce inflammation in the body. It is believed to have anti-viral, anti-fungal, and anti-bacterial properties and is said to relieve pain & reduce fever. It is also used to reduce pimples and acne considering its anti-bacterial and anti-fungal properties. Like Heeng or Asafetida, Kalpasi is added to food not just to enhance its taste but it is also said to aid in better digestion and gives relief from acidity and bloating.

For scrumptious recipes, videos and exciting food news, subscribe to our free
Daily and
Weekly Newsletters.

“My wife is too attached to her family”