NEET Answer Key 2022 to be released soon at neet.nta.nic.in NEET Answer Key 2022: National Testing Agency will soon release the National Eligibility cum Entrance Test (NEET) 2022 Answer Key on its official website.
The NTA has not yet announced the Answer Key release date for the NEET 2022 however it is expected to be released soon.
Once the NEET 2022 Answer Key is released, the candidates who appeared for the examination, can check and download it online through candidate login on the official website – https://neet.nta.nic.in/.
Candidates will get three days’ time to raise objections, if any, against the preliminary answer key. The NEET examination was conducted on July 17, 2022, from 2 PM to 5:20 PM in pen and paper mode. This year, around 18 lakh candidates registered for the examination.
The NEET-UG exam 2022 was conducted at different Centres located in 546 cities throughout the country and 14 cities outside India.
The NTA will display the Provisional Answer Key of the questions, giving an opportunity to the candidates to challenge, in case of any doubt in the answer key published on the website https://neet.nta.nic.in/.
Candidates will be given an opportunity to make an online challenge against the provisional Answer Key by paying a non-refundable processing fee of Rs 200/- per answer challenged.
Challenges made by the candidates will be verified by the NTA with the help of a panel of subject experts. If found correct, the answer key will be revised accordingly. Based on the revised Final Answer Key, the result will be prepared and declared.
It may be noted that no individual candidate will be informed about the acceptance/non-acceptance of his/her challenge. The key finalized after the challenges will be treated as final.
After releasing the NEET UG 2022 final answer key, the NTA will release the result on the official website – https://neet.nta.nic.in and after that candidates can download their respective Score Cards.
The NTA will also release the Merit List/ All India Rank (AIR) as per qualifying criteria.
How to download NEET-UG Answer Key 2022?
Step 1: Visit the official NEET website – neet.nta.nic.in.
Step 2: On the homepage, click on NEET Answer Key 2022 link. (The link will be activated after the release of the answer key)
Step 3: On the new page, enter your =login details and click on submit button.
Step 4: Download the answer key and keep a hard copy of the same for further need. 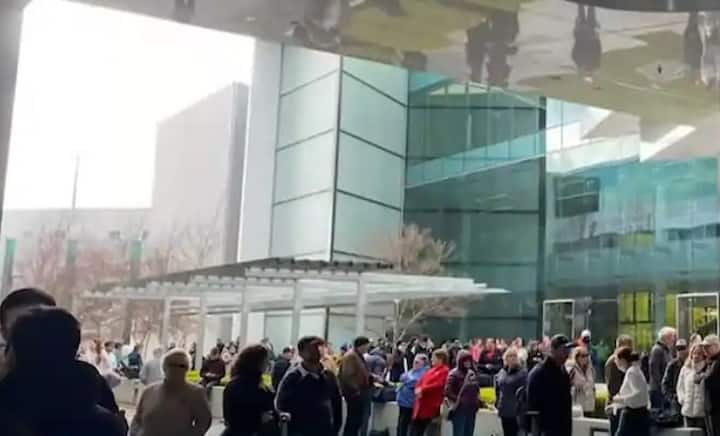 CHENNAI: Medical Services Recruitment Board (MRB), Tamil Nadu has started the online application registration process for direct recruitment on a temporary basis to the post of Pharmacist.
Interested and eligible candidates can apply online through the official website – https://mrb.tn.gov.in/ – up to August 30, 2022.
Candidates, who have already applied as per Notification No. 13/MRB/2019, Dated: 01.03.2019 have to apply once again as per this fresh Notification. However, they need not pay the examination fee once again.
TN MRB Recruitment 2022: Important Dates

On-line applications once registered/completed will not be allowed to be withdrawn and/or the fee paid towards the registration/application will not be refunded/adjusted for any reason.

Rupee’s Journey Since India’s Independence, From 4 Per Dollar To Nearly 80 From 4 to 80: A look back at journey of the rupee since India’s Independence

India is celebrating its 75th year of Independence and is at the crossroads of realising a resilient economic growth for its people during the next 25 years – what the government terms the country’s “Amrit Kaal”.

Keeping other aspects of the economy aside, let us glance at how the Indian currency rupee has fared against other global benchmark peers since 1947. The value of a country’s currency is a key indicator for gauging its economic pathway.

A lot has happened on the macroeconomic front since 1947, including economic stress in the 1960s led by a slump in food and industrial production.

Then came Indo-China and Indo-Pakistan, which widened spending and gave birth to the balance of payments crisis.

With high import bills, India nearly defaulted as the foreign exchange reserves had almost dried up.

Then in 1991, India again found itself in a serious economic crisis as the country was not in a position to pay for its imports and service its external debt obligations.

Again, India was on the verge of default, necessitating much-needed reforms to open the country’s economy.

To negate the crisis, the Reserve Bank of India reportedly devalued the rupee in two sharp tranches – 9 per cent and 11 per cent, respectively. Post the devaluation, the value of the rupee against the US dollar was around 26.

From Rs 4 during Independence against the then benchmark Pound sterling to around Rs 79 to Rs 80 against the US dollar, the rupee has depreciated by Rs 75 in the past 75 years.

“Weakness for the rupee in these years has been contributed by many factors with trade deficit now rising to record highs of $31 billion from almost no deficit at the start of independence mainly contributed by high oil import bill,” said Gaurang Somaiya, Forex and Bullion Analyst, Motilal Oswal Financial Services.

“We expect that rupee could continue to fall against the US dollar going ahead, but the pace of depreciation could be getting slow following a massive war chest build by the RBI in the reform of foreign exchange reserves,” Mr Somaiya added.

Even though the falling rupee may not benefit the entire economy, a devalued currency has its merits as it aids in boosting exports.

Since the economic reforms of 1991, the rupee has been depreciating at the rate of 3.74 per cent on CAGR (compound annual growth rate) against the US dollar because of inflation and interest rate differential between the US and India, said Dilip Parmar, Research Analyst at brokerage house HDFC Securities.

Between 2000 and 2007, the rupee stabilised to an extent, led by substantial foreign investments flowing into the country but later declined during the global financial crisis of 2008.

The US dollar, the reserve currency of almost all countries, is detrimental to other currencies, especially in times of sharp volatility in financial markets, as it weakens peer currencies.

Since the cost of imports becomes higher, domestic inflation may be triggered, which in turn may reduce purchasing power in the economy.

A widening trade deficit also contributes to the weakening of the rupee.

For the record, the Indian rupee in July slipped below the psychologically important level of 80 against the US dollar for the first time as high crude oil prices amid tighter global supplies boosted demands for the US dollar.

There is, however, a silver lining.

SBI Research said in its latest report said an interesting development is taking place in the global currency market as there has been a significant jump in trade in oil and other commodities in currencies such as the Renminbi, Hong Kong Dollar, and Arab Emirates Dirham at discounted rates.

“Dollar distancing is finally happening, and it is time for India to pitch Rupee as a credible, secular alternative in the changing world order?” SBI Research questioned in its report.

Coming to the share of the US dollar in global foreign exchange reserves, it has been shrinking since the start of the twenty-first century, falling close to 59 per cent as of the end of December 2021, from above 70 per cent two decades back.

The RBI also seems keen to reduce the dominance of the US dollar as it announced a mechanism to settle payments for international trade in rupees earlier this year, especially for India’s exports.
That mechanism may help in internationalising the rupee in the long run. Massive Fire Broke Out In A Church In Egypt, 41 People Died 41 dead in a fire in #Giza coty of #Egypt in a church. #Cairo pic.twitter.com/8znxT6zlyI